WHY NOT
LOOK YOUR BEST? 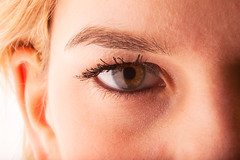 Most patients undergoing an endoscopic brow lift are pleased with the results and would recommend the procedure, according to a recently published study in JAMA Facial Plastic Surgery.

The telephone survey, which examined satisfaction, recovery and outcomes, involved 57 patients who had undergone either a brow lift alone or concurrently with a facelift.

Also known as a forehead lift, a brow lift can result in more alert and youthful appearance, improving so-called frown lines. It can also help minimize creases across the forehead or high on the bridge of the nose as well as correcting low or sagging brows. In some cases, brow lifts have also greatly reduced migraine headaches.

Researchers found that 93 percent of patients reported the procedure as successful and 96 percent would recommend it. Nearly three-fourths of those surveyed stated that they had been told looked younger and less tired and that the procedure helped bolster their self-confidence.

Along with a quick recovery of about a week– return to normal activities after more than two weeks was mostly reported by those who also underwent a facelift – scars and swelling were minimal, as were complications such as numbness. And 50 percent of the patients who reported headaches prior to surgery experienced a reduction in their frequency and intensity.

Such surveys not only enhance research but assist consumers in making informed decisions. Additionally “relying on patient-reported information helps us to better understand the surgical experience and to improve preoperative counseling,” the authors write.

What Our Patients Are Saying

"My experience with Dr. Robinson and his entire staff has been truly amazing! I couldn't be happier with my results. Thank you for taking the time to listen and for showing care and concern for me, not only physically but emotionally too. I am so thankful and grateful that you all were and are apart of this life journey!”